That being said, it’s no surprise that some of the most globally loved brands are those that prioritize a full, end-to-end global customer experience for each and every customer around the world.

Below are five brands who have gone above and beyond to build thoughtful global experience strategies. By localizing their websites, product descriptions, and customer support, these companies make sure that every customer can engage with their brand, no matter where they sit in the world or what language they speak. 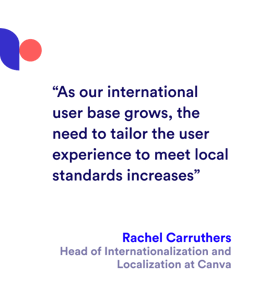 Canva is one of the fastest-growing online graphic design platforms in the world. With more than 60 million users across 190 countries, Canva optimizes its global customer experience by localizing its content and platform in more than 100 languages — supporting an average of 70 more languages than other leading brands.

One of the most successful globalized businesses is McDonald’s. Operating in more than 100 countries around the world, McDonald’s makes sure to use local ingredients and meet region-specific consumer demand. And when it comes down to perfecting the details, McDonald’s takes it a step further with their localized menu items.

No country shares identical cuisines, taste palettes, and diet preferences with another. Ingredients that are considered delicacies in one region may be considered inedible elsewhere. With so many variables impacting consumer behavior, it is extremely important to create culturally nuanced global customer experiences to match tastes and preferences.

One example of McDonald’s mastery in cultural sensitivity is its Maharaja Mac (traditionally known as the Big Mac) in India. Since cows are considered to be sacred animals in India, McDonald’s replaced its traditional beef patties with a chicken substitute.

Home to the most-played computer game and eSport in the world, Riot Games is a gaming giant that prides itself as becoming one of the “most player-focused game companies in the world.” With a massive focus on localization and customer experience in recent years, Riot Games supports nearly 30 languages across all games for its 180 million monthly global players.

Although Riot Games was founded in Santa Monica, California, much of its success is attributed to foreign markets - namely the Asia-Pacific, Latin America, and European regions. In fact, South Korea holds the record for the most players on Riot’s #1 game, League of Legends.

Today, Riot Games plans to set up international publishing offices to further prioritize hyper-localization. Already, their team is making great effort to localize characters’ in-game lines, voiceovers, behavioral animations, and graphics with linguistic and cultural sensitivity. As the company continues to uplevel the customer experience for its non-English speaking players around the world, Riot Games is setting high expectations for their global experiences.

Boasting over 200 million global subscribers, Netflix is the number one streaming service in the world. With more than 54% of its viewership coming from international audiences, Netflix prioritizes language accessibility with subtitles, dubbing, product/UI localization, and customer support in 26 languages.

Currently, Netflix operates in 190 countries, with nearly half of its library consisting of non-English titles. The company actively runs A/B testing in tone and language to ensure that its localization strategies for dubbing and subtitling align with cultural expectations and norms. From thumbnails to customer care, Netflix ensures that language is part of every touchpoint in the customer journey. 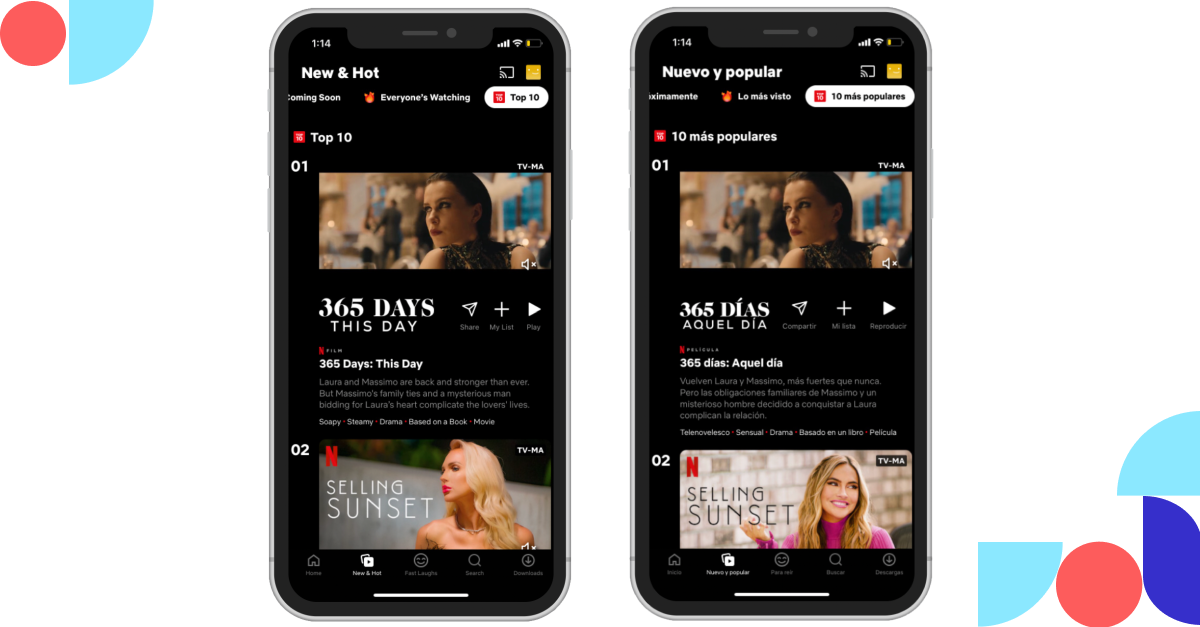 ASICS Corporation wins global customers with not only some of the highest performing athletic footwear and apparel on the market, but also its highly efficient localization strategy. Following suit with a digital-first approach, ASICS acquired and further developed a fitness app called ASICS Digital in 2016.

Looking forward, every organization or company that aims to deliver a phenomenal global customer experience will need their business working as one to build, deploy, and optimize their localization strategies.

Ready to elevate your brand with an engaging global experience strategy? Reach out to Lilt for a personalized consultation.

The pandemic has dramatically increased the demand for companies to digitally transform. Now more than ever, businesses and consumers are moving towards a digital-first approach. And while companies are embracing new digital strategies to increase content creation and user engagement, not all are thinking about the full end-to-end customer journey through a global lens. The result? Customers around the world face fragmented and inconsistent online experiences.