Translation vs. Transcreation: What's the Difference?

Last year was one of tremendous change. Both personal and professional lives were changed for nearly everyone, as the COVID-19 pandemic uprooted everyday normalcy and replaced it with one that required a rethinking of every aspect of life.

With those changes came a change in many companies’ strategies, as they started to move content online at an unprecedented rate. In fact, over 10 years of growth happened in e-commerce in just the first four months of 2020. That growth comes with a need to make sure that users across the world are connected - and to do so, many companies are turning to localization.

As they do, however, there are different processes that can be used to take content from one language into another. While the vast majority of people know and understand the concept of translation, many haven’t heard of transcreation. What’s the difference between the two? What situations might be right for one and not another?

Let’s start at the beginning - what is transcreation? It’s a focus on messaging and tone/intent when taking content from one language to another. Translation often just focuses on taking words from one language and naturally (and creatively) replacing them with words in a target language. Because of that, though, intent is sometimes lost in translation because of cultural differences between the original and target languages.

Translators do a remarkable job of making sure that the words, phrases, and punctuation are as close to the original as possible. Transcreation on the other hand is often completed by copywriters and is usually initiated in a different way. Translations start with a source text, where transcreation projects often work off of a creative brief (just like other creative projects). In some ways, transcreation takes an idea but more or less starts from scratch.

Given that, transcreation can also cost substantially more than traditional translation. Since copywriters are brought in to research a brand, locale, and industry as a whole, the time spent on a project is often longer. Some brands will even rethink colors, slogans, and more to properly transcreate into a new locale. The result, however, is branding, messaging, and content that directly appeals to a new market beyond text.

In most cases, transcreation is about getting the same reaction from users, no matter the language. One of the more prominent examples was back when Apple released its iPod Shuffle with the slogan “Small Talk”. In her book Found in Translation, author and localization expert Nataly Kelly says that the two-word motto was difficult to translate directly into other languages. 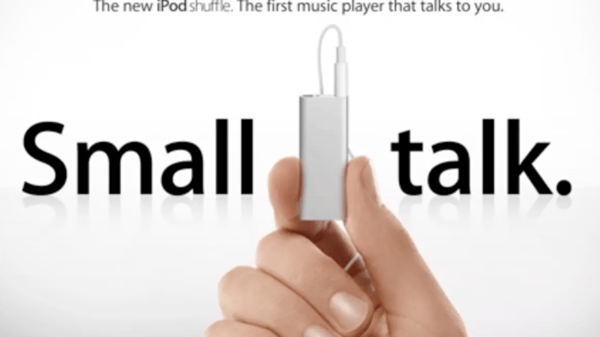 Instead, Apple recreated that slogan in different target markets and languages to appropriately match the local speech. In Latin America, the phrase was transcreated to “Look Who’s Talking”, while in French Canada, it became “Says Little, Does Much”.

For many companies, the difference between translation, transcreation, localization, and more begs the question: which is best?

Ultimately, it depends on the type of content and its goal purpose. If you’re looking to move a product manual from one language into another, for example, your likely bet will be to simply go with an option based more on the translation side of the equation. However, if you’re looking to market your whole brand and message a large campaign to multiple parts of the world, it’s worth looking into a service that provides transcreation or one that uses expert human professionals to provide feedback and insight.

Transcreation is more than just a one-to-one translation - it’s about understanding a message and a culture. At the end of the day, however, it’s another option that accomplishes a similar goal to localization, translation, and more: reaching new people, regardless of where they are.

The Augmented Translator: How Their Jobs are Changing and What They Think About It

Written by Kelly Messori The idea that robots are taking over human jobs is by no means a new one. Over the last century, the automation of tasks has done everything from making a farmer’s job easier with tractors to replacing the need for cashiers with self-serve kiosks. More recently, as machines are getting smarter, discussion has shifted to the topic of robots taking over more skilled positions, namely that of a translator. A simple search on the question-and-answer site Quora reveals dozens of inquiries on this very issue. While a recent survey shows that AI experts predict that robots will take over the task of translating languages by 2024. Everyone wants to know if they’ll be replaced by a machine and more importantly, when will that happen?

The Importance of Business Translation

Enterprises hoping to penetrate markets abroad have several hurdles to face. One of the most overlooked obstacles is communication.